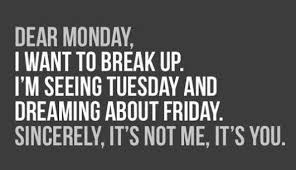 Had a good night rest after my spin session with myself.

Going to eat after spin class at 6am.  Had 1 serving of organic peanut butter to put something in my stomach.

Plan for the day

Well plans slightly changed spin lisa is sick so we have Lisa “mom” as instructor this morning.  Had a great ride good music got told I shouldnt be in red for too long so I backed down the effort level to yellow on myzone.

After class she was explaining anarobic and arobic to me and asked talked about runners “hitting the wall”  she said if once and a while  I am having a great day i can stay in red longer but I don’t want to delete oxygen for entire ride.

I am going to start weighing myself on Mon and Fri. The reaaon for this is to keep myself in check when Im workingbkong days at the track.

I think my range for weight is going to be between 230 and 235, not sure but if I I go below 230 not really sure I can maintain that weight.

Called in for pm spin

Called down to galloway for 6:15 spin

Well when you realize that to you got caught practicing urban kick at work when you are being called “richard.” I was being referred to as 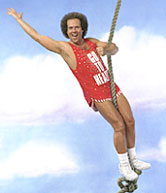 Wish I wasnt at work and at bodypump, urbank, megan and ann’s small groups instead.  😔 good thing is Ann is covering a spin class tonight.

Change of plans ( I get to go to fitblast)

The FDNY & NYPD guys that were renting the track for the day ended early so I get to go to Ann’s fit blast.  Unfortunately  I will be late but get to do some of it at.  I ended up being like 30 min late but something is better then nothing.  One of the boss’ at the tracked asked where I was going told him to the gym he said didn’t you go already I said yes but have another class I usually go to and he commented that I am nuts.  Mind you his uncle owns multiple fitness gyms in south jersey lol.

I didn’t bored eat today but after fit blas was like starving and not really sure why.  I need to talk to Ann about my latest feeling hungry the workouts slightly intensified  that maybe the reason but not really sure.

Had a great conversation via txt last night.  This person just brightens my day when I talk to her

I did some thinking what Lisa “mom” said earlier while I take everything in and value everyone’s opinion, I have had the most results with Ann and I do trust her so I will push hard to get results.